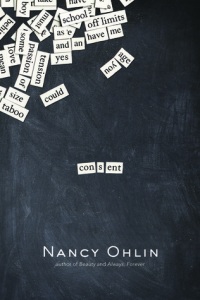 Bea has a secret.

Actually, she has more than one. There’s her dream for the future that she can’t tell anyone—not her father and not even her best friend, Plum.

And now there’s Dane Rossi. Dane is hot, he shares Bea’s love of piano, and he believes in her.

When their passion for music crosses into passion for each other, Bea finds herself falling completely for Dane. She’s never felt so wanted, so understood, so known to her core. But the risk of discovery carries unexpected surprises that could shake Bea entirely. Bea must piece together what is and isn’t true about Dane, herself, and the most intense relationship she’s ever experienced in this absorbing novel from Nancy Ohlin, the author of Always, Forever and Beauty. 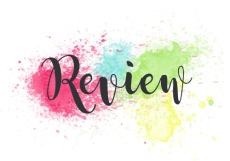 I received a digital review copy of this book from Simon Pulse via Edelweiss for my participation in this blog tour. By no means have my review been affected and/or influenced.

First of all, this book is one of my most anticipated book of 2015. The first time I came across with this book, I just knew that I had to read it. After a few tries of getting a hold of an advanced reading copy of the book (because I couldn’t wait any longer) – which didn’t end up well, by the way – I finally had the chance to read and devour this book. And I surely love it! Here’s why…

Consent is about Bea, a piano prodigy and a student who “falls in love” with her teacher, Dane. The plot really appears as simple as it is. Student falls for teacher, at first it was all tension until things get intense and complications involving legal matters starts to shake things up. It really isn’t something new and it was tiny-bit predictable but the execution and the little details in some of the scenes made it unique and dynamic.

I am also amazed with how it’s not all about the affair but music (piano) had a major part in the book especially in bringing Bea and Dane together. I love how alive the music was in this book, I can almost hear it. It was incorporated very well in the plot.

The involvement of other characters also kept the story going. Bea’s father and Plum, her best friend, were active characters in the book that sort of has an influence over Bea’s character development. We see what she is and what she is becoming. Plum, was just too controlling for a friend, on the other hand, Bea’s father was restricting. Having those people in Bea’s life made me see what she’s going through and somewhat understand her hunger for some freedom, and control over her life. It’s her life after all.

Not to giveaway anything but, the continuity of the book did reveal some of the “aftermath” before the actual event happens so I was all curious and nervous for the characters, especially Bea. I was rooting for her through out the book. She’s naive, and indecisive but she learns to be independent. She became mature when she met Dane.

Meeting Dane did have both good and bad side effect in Bea’s life but I won’t talk about any of it so to avoid spoilers. But, Dane… he really is a charming one. I wouldn’t blame Bea for having a crush on her teacher but Dane did reciprocate her feelings. But is there a motive?

The ending felt short for me, but that was my initial reaction after finishing the book. But when I came to think about it, I would have ended it the same way. It was unsatisfying-ly satisfying. Although there were questions I felt that were unanswered.

Consent is one of the books that would be on my recommend-to-everyone list. Seriously, read this book. Reading this book made me feel what it was like to break the rules and feel good about it. It’s bizarre. 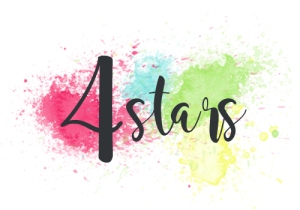 I couldn’t resist not asking Ms. Nancy to do an interview for my blog on my blog, so aside from a review and an excerpt, here’s a quick Q&A with Ms. Nancy!

What were the changes you encountered from writing your previous books to writing Consent?

Writing Consent was very different from writing Beauty and Always, Forever, my previous YA novels.  Beauty is a dystopian fantasy inspired by the tale of Snow White, so I had many tools in my toolbox (so to speak) in creating the plot, characters, conflicts, and so forth.  It was the same with Always, Forever, which is a paranormal romance inspired by Daphne du Maurier’s Rebecca.

Consent is my first contemporary realistic novel.  While I was writing, I couldn’t, say, conjure up a ghost when I wanted to make the scene suspenseful; I had to use real-life details.   I had to give my main characters real-life problems and not problems like “my mother is an evil queen!” or “my boyfriend’s dead girlfriend isn’t really dead!”

What shall the readers then expect in this book?

Tell us about the amount of research you did in terms of writing the musical aspect of the book.

I did a huge amount of music research while writing Consent.  Bea and Dane are drawn together by a piano piece she plays, Schumann’s Fantasy in C.  I listened to that piece over and over again while writing, and also studied the score—the sheet music—in great depth.  I also listened to and studied the other pieces Bea plays, like her Chopin etude (the “Ocean Etude”) and her Beethoven sonata.

I also asked my son (the abovementioned pianist) a million music questions as I wrote and revised.  He was an invaluable consultant.

Do you have any background in playing the piano or any other instrument?

I studied piano from kindergarten to age sixteen.  In my kindergarten (which was in Tokyo, Japan), I played the triangle in the cute little kindergarten band, and my teacher happened to notice that I had a natural sense of rhythm, so my parents started me on piano lessons.

After we moved to the U.S., I continued studying with my American grandmother, who was a piano teacher in Ohio.  My next teacher was a concert pianist named Olga Kuehl.  I quit lessons in high school, though, because I didn’t have the commitment (or talent) to continue practicing many hours a day and pursuing the conservatory route for college.

After my grandmother passed away, she left me her Steinway grand piano.  That piano is in my house now.  In fact, my son learned to play on it, and he started lessons when he was seven.  Now, he is twenty and a piano performance major at Juilliard.

I still play from time to time and have been thinking about taking lessons again.  And/or trying to learn cello, which is my other favorite instrument.

Describe Consent in one word.

Final question, what other genres would you want to explore as a writer?

I’ve always wanted to write mysteries.  In fact, I’ve been playing around with an idea for a YA mystery set in Alaska.

Thank you for having me here! 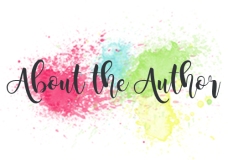 Nancy Ohlin is the author of Consent; Always, Forever; and Beauty. Born in Tokyo, Japan, Nancy divided her time between there and Ohio. She received a BA in English from the University of Chicago, and she lives in Ithaca, New York, with her family. Learn more at nancyohlin.com.

Without waiting for my answer, Mr. Rossi sits down next to me at the piano and pushes the quilted cover aside. As he does, his tweed jacket grazes my bare arm. My skin tingles from the contact, and I want him to do that again: accidentally-on-purpose touch me. Although it was likely just an accident, and I really need to cut this out already.

He raises and lowers his elbows, then closes his eyes. He smells like his handkerchief, except warmer, sultrier. He launches into the first movement—initially at tempo, then more slowly, then with a series of fits and starts in the form of ritardandos and accelerandos. His interpretation is decidedly more measured and melancholy than mine, and more passionate, too.

He stops just before the shift to the second movement and turns to face me.

Our legs are almost touching. Should I inch away? Or stay where I am?

He knows my name. After just the one class. I should correct him and tell him that everyone calls me “Bea.” But I love the way he says “Beatrice”—like a poem, and with that dreamy accent.

Oh, right, I need to respond. “Yes! Sorry! That was wonderful! Really deep and intense and tormented.”

“Schumann was in a great deal of torment when he wrote this part.”

“What was the matter with poor old Schumann?”

“Poor young Schumann. He was twenty-something at the time. He was in love with his piano teacher’s daughter, Clara Wieck. But Mr. Wieck wouldn’t let them be together.  Schumann wrote a song for Clara called ‘Ruines’ because he felt that his life was in ruins without her. That song became the beginning of the Fantasy.”

Oh my God, how romantic. But I probably shouldn’t say that to a teacher. “That’s insanely interesting. How do you know this?” I ask instead.

“Conservatory. You’ll see for yourself, next year.”

Conservatory. I drop my gaze and study my nails.

“At Juilliard or Curtis or wherever you decide to go, you’ll learn everything there is to know about the lives of the composers. Who was in love with whom, who died of syphilis at age thirty-one, who had a morbid fear of the number thirteen . . .” Mr. Rossi hesitates, apparently noticing that I’ve checked out on this conversation. “You are a senior, right? That’s what it said on my class roster: ‘Beatrice Kim, senior.’ ”

“It’s just that I don’t run across people your age who can play the Schumann Fantasy like that. Or at all. You have ‘piano performance major’ written all over you.”

My phone buzzes. I glance at the screen. It’s a text from Plum: I’m done. Where are you? Meet me out front.

Mr. Rossi glances at his watch. “Actually, so do I. I’m due at a meeting that starts—started—five minutes ago. It’s probably not good to keep Principal Oberdorfer waiting.”

“The rest of the Schumann. Could I hear you play it sometime?” He sounds shy and hesitant, like he’s asking me out. My heart feels hot and fluttery.

“Good. I can offer you more unwanted advice, then.” He smiles, and I have no idea if he’s joking or not.

10 runner-ups will receive a SWAG goody bag that includes a CONSENT button, an autographed CONSENT bookmark, and an autographed/personalized bookplate!!!

This blog post is part of the  Consent Review and Excerpt Tour hosted by Barclay Publicity.
Click the tour banner for complete tour schedule.